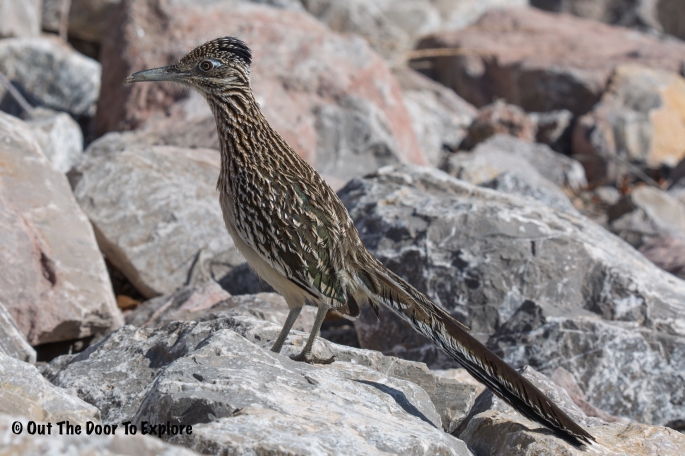 Okay, I’ll say it. I grew up watching Bugs Bunny as a kid and loved the cartoons with the roadrunner (Geococcyx californianus) and that bumbling Wile E. Coyote who tried endlessly to capture that speedy bird. I must say that I admired the coyote. He was a persistent fellow and never let failure deter him. 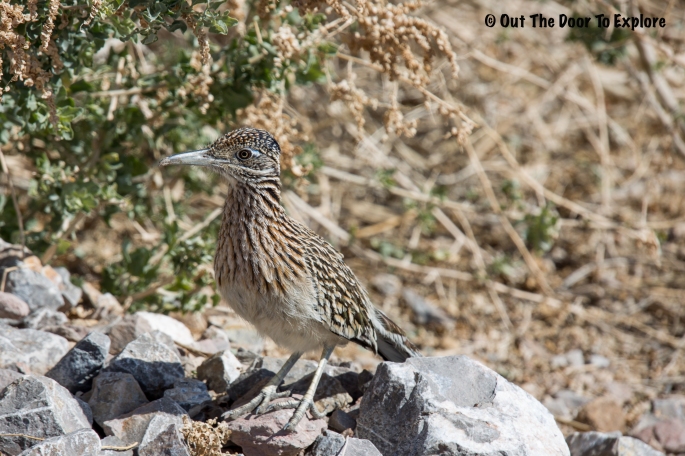 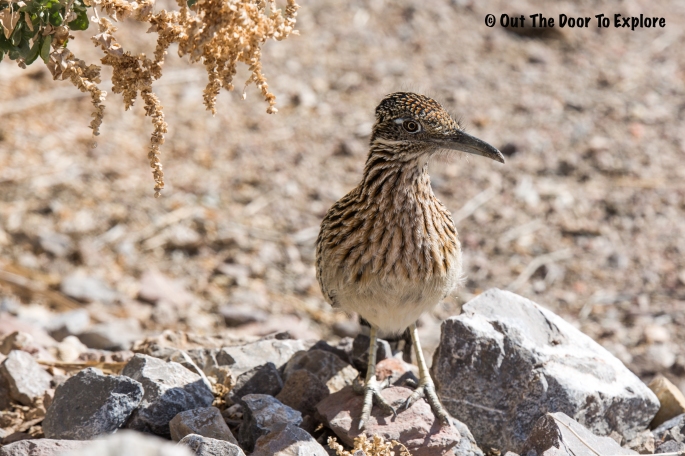 Up until last year, I had never observed a roadrunner and it was different than I expected (too many cartoons). It is in the cuckoo family living in open arid habitats in northern Mexico and in the southwestern United States. 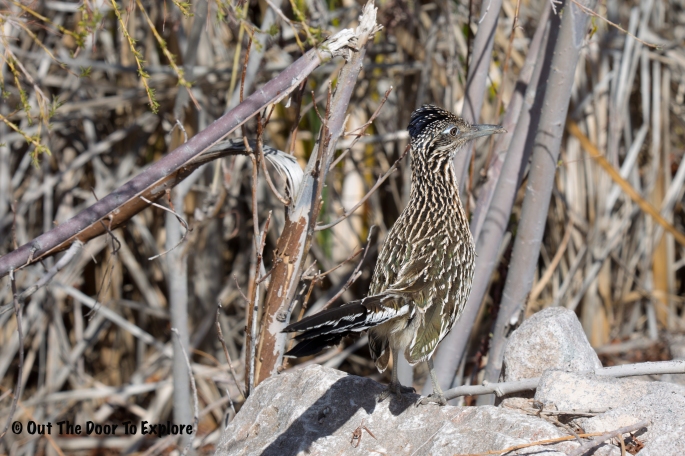 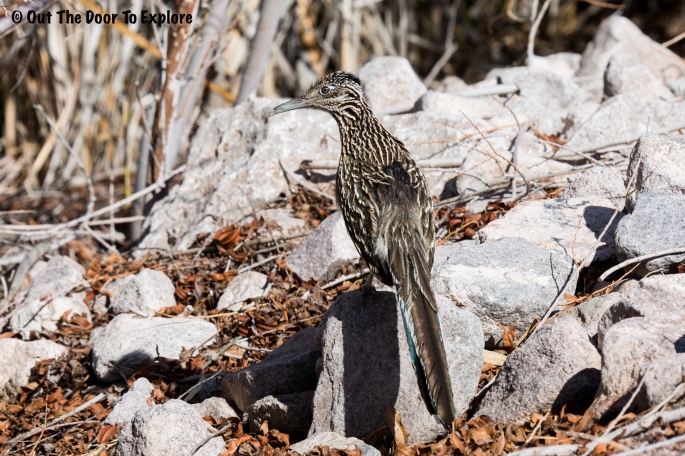 The roadrunner is capable of flight but prefers the ground. We were able to photograph it in a tree which is apparently not common. As you can see, all of our ground pictures are still shots. I did not anticipate the speed of this bird, which can reach speeds of 30 km/h (20 mph). Wildlife encounters are often brief. I had my shutter speed at 1/200 of a second which proved much to slow for a speedster like a roadrunner. 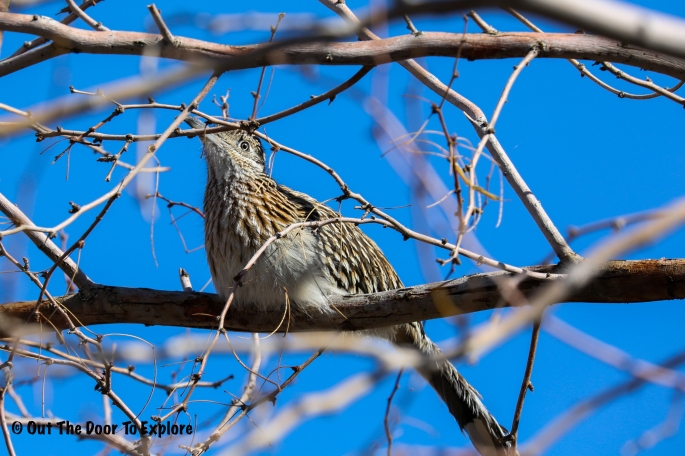 The roadrunner nests in cactus or a thick shrub not far off the ground and will lay 3-5 eggs. These eggs will hatch in about 20 days and the chicks will be capable of running in another 18 days. 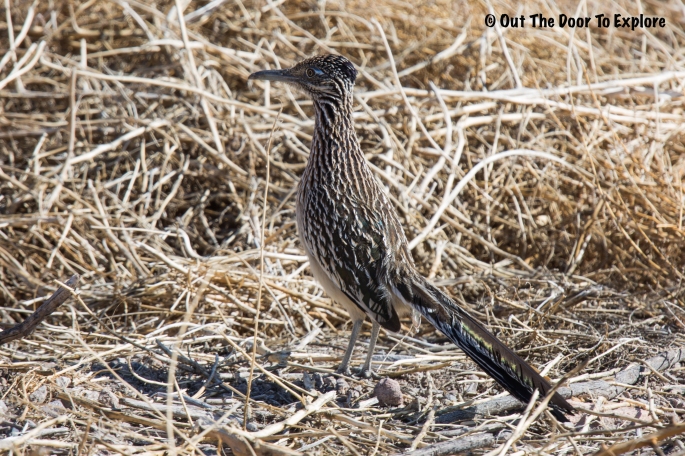 Because it lives in an arid environment the diet includes a wide variety of desert organisms including snakes, lizards, scorpions, spiders, and insects. An adult bird is capable of killing rodents and small birds. It can be seen holding larger prey in its bill and smashing it into the ground repeatedly until its victim dies. 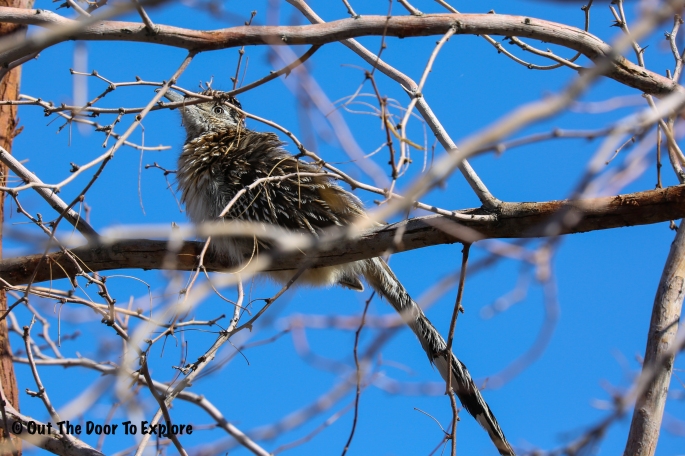 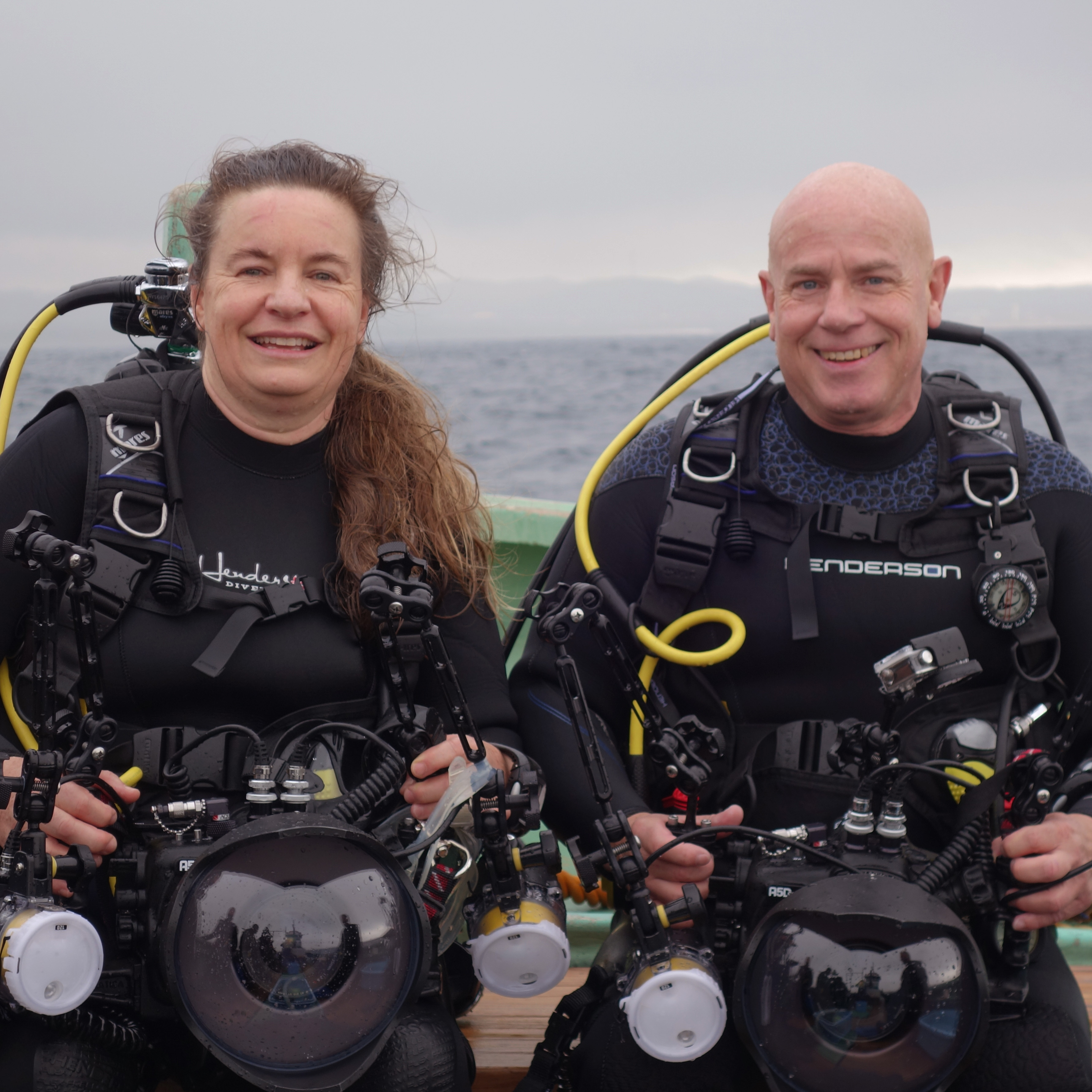