Mystery solved thanks to Spider ID! We stumbled across a large tarantula a few weeks ago that we definitely identified as a Baja tarantula. However, over the last number of days, we have been photographing this spider but couldn’t positively identify it. We were told it was a tarantula but we have discovered that although it is commonly misidentified as a tarantula, it is actually a female Crevice Weaver Spider (Kukulcania).

There are about 8 individual spider webs like the one below across a 30-foot wide volcanic rock outcrop. It is smaller than the Baja tarantula with the body segments about 1 inch (2.5cm) not including the legs. 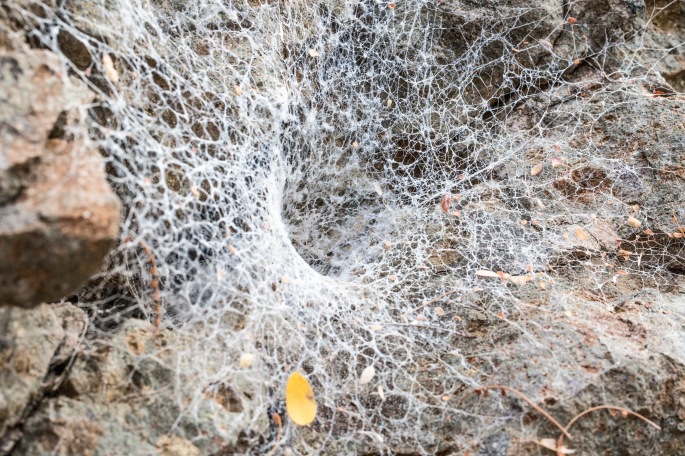 The two pictures below were taken on a sunny day which makes the spider look darker. The second picture is a close-up to highlight the eyes. 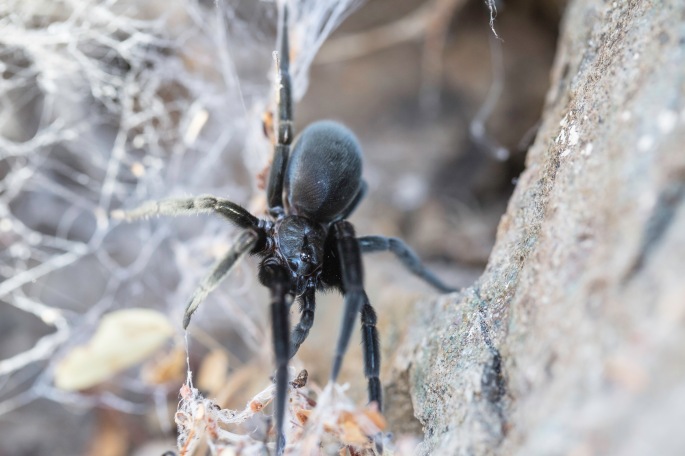 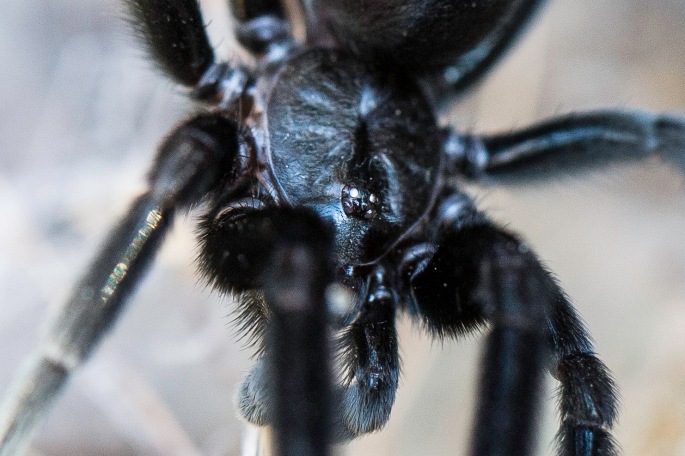 This spider came out of his den to investigate what was caught in his web. It attacked the beetle, I assume biting it, spun some web and went back in its den. The whole encounter lasted less than 45 seconds and was fascinating to watch.