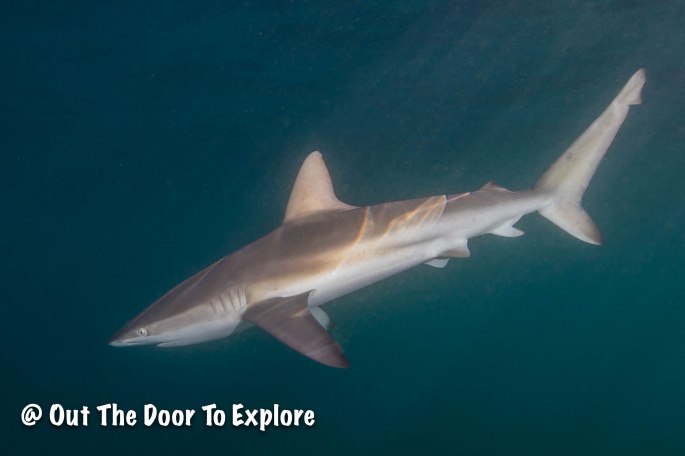 Our first encounter with a dusky shark (Carcharhinus obscurus) occurred in South Africa in the waters just outside of Port St. Johns. We were there nine days to photograph the famous sardine run. As sharks take part in devouring the bait balls of fish created by the common dolphin we were hoping to photograph the dusky shark as well as spinner shark for the first time. 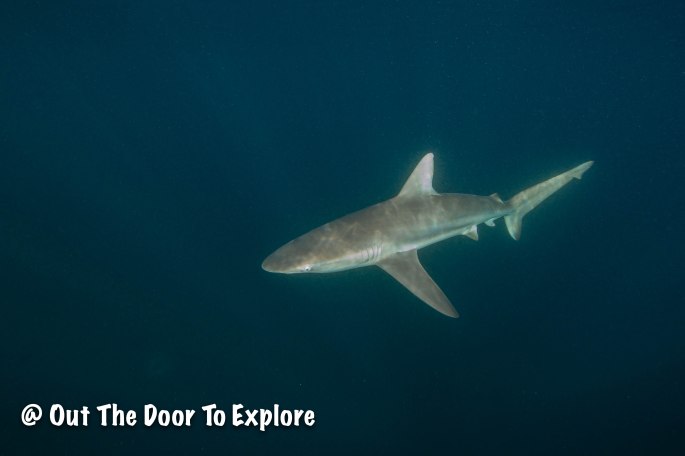 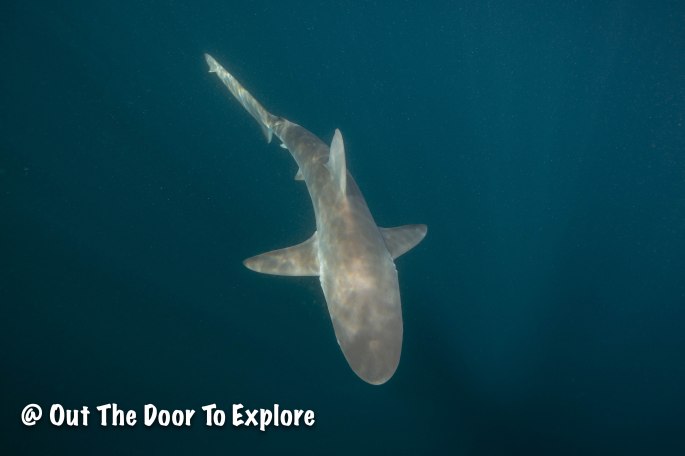 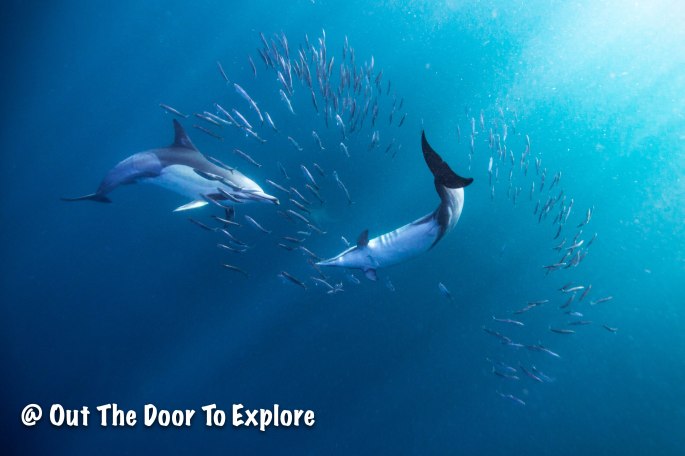 The sardine run of South Africa occurs between June and July on most years. Millions of sardines (Sardinops sagax) attract thousands of predators including dolphins, tuna, sharks, whales, and birds. It also attracts people who wish to see and photograph this spectacular event.

The long-beaked common dolphins (Delphinus capensis) are the driving force that creates the fish “bait ball”. Large pods of dolphins work cooperatively to herd the fish into these tight groups. Sardines along with mackerel (Scomber japonicus) group together when they are threatened. The dolphins force the fish up to the surface where they are easier to catch. 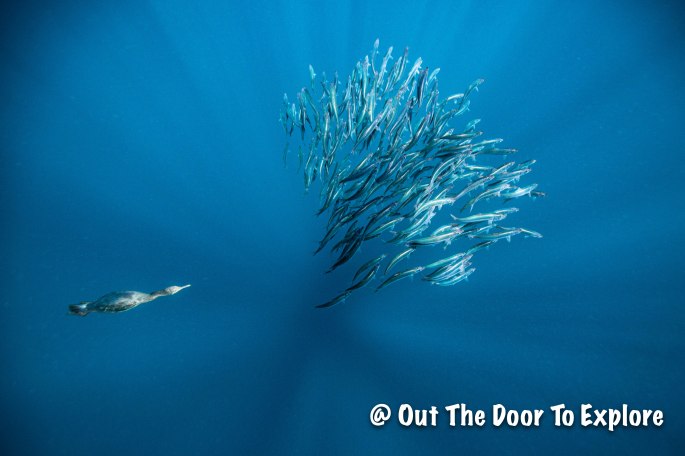 After the dolphins have done the hard work many other predators begin to take advantage of such a large concentration of fish. The Cape gannets (Morus capensis) are large seabirds that begin to dive by the hundreds into the fish bait ball. They reach speeds of over 100 km/h (60 mph) as they hit the water. If not initially successful they will chase the fish underwater hoping for a meal. 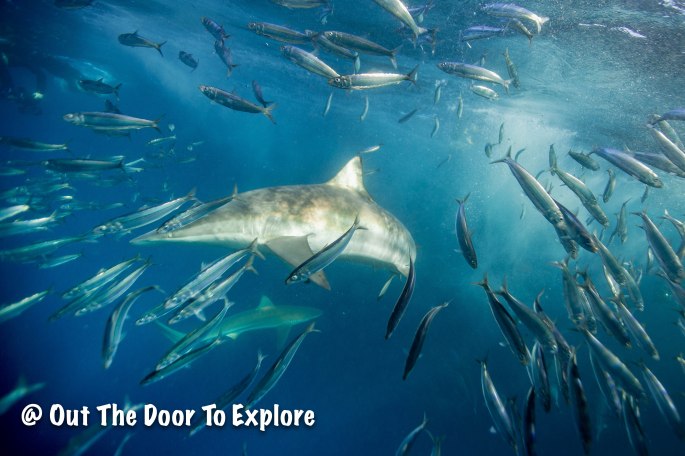 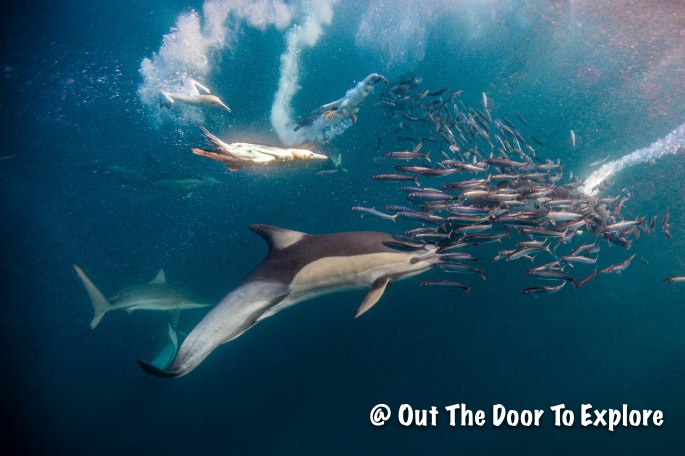 Each year can be very different. We had very poor visibility (10 feet or 3 metres) on our first 8 days and few bait balls. We did not see a single sardine in our 9 days on the water. Fortunately, we encountered a fairly large bait ball of mackerel on our final day in a pocket of water with relatively clear visibility that allowed us time to get in the ocean. This 20-30 minute event produced all of these pictures.